cvalue13 said:
I sure appreciate everyone sharing their knowledge around here.

These are all topics I do not understand, and won’t anytime soon - but hope to keep following and pick something up.

The conversations are far enough above my head that I hoped someone might clarify for me: am I understanding correctly that, if powered by the Lightning, GFCI’s will have a problem; or is it the other way around, that if plugged into a GFCI theLightning will have a problem?

Appreciate the hand-holding in advance

A little bit of both.

But what we've been talking about here is that if you plug the Lightning's mobile connector into a receptacle protected by a GFCI OCPD (breaker) you may end up with nuisance trips of that breaker.

And the 2020 version of the NEC now requires that all 50A receptacles in homes must now be protected by GFCI OCPD's, so we're probably going to see a bunch of nuisance tripping and troubleshooting while they work out bugs.

Have you confirmed your state/municipality has adopted this section of the code? CA, for example, doesn't adopt TIAs and this won't be relevant statewide until 2023.

Also, we need to confirm our EVSEs do not already have GFCI internally. The installation manual will tell you whether the device has internal ground fault protection and it will say whether one ought to direct wire it to a GFCI breaker--I've personally never seen one that did even when it was lacking internal protection. Every approved EVSE on the market I've seen has it and I suspect every EV on the market already has ground fault protection because the manufacturers don't want to kill anyone. That said, I'm not an electrician by trade or hobby so I can't speak to how representative my sample was. I can say, however, that 6+ years ago there weren't very many on the market and the ones that dominate the market now were fledgling back then so there was a lot more focus on what was inside the boxes back then.

I don't think the issue is resolvable without revision of the code. It seems the manufacturers of devices and EVs already tend to implement ground fault protection and duplicative GFCI causes issues. Ran into similar issues when installing solar in 2016. The state, the city, the fire dept. all had their own requirements regarding physical disconnect. SolarEdge inverters had them built-in...so I ended up with a wall of disconnects!

Oh, and maybe this whole conversation won't matter to some because...have you looked up the cost of a 100A GFCI?! 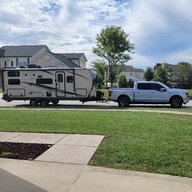 Griddlez said:
And the fact the Ford Charge Station Pro manual explicitly says do-not use a GFCI setup with it. Well that's 80 amp and not exactly the same, but more confusion for sure!
Click to expand...

That's one of the chargers I'm referring to. The 80A EVSE would require a 100A GFCI...if it required a GFCI breaker. Problem is that inspectors, at least in my past experience, weren't willing or able to deduce that if the device has what is called for it's unnecessary to require another. That's how I ended up with a wall of disconnects.

I'm planning the solar install on our house over the next few weeks and I asked whether that was still the deal and my installer said that they've thankfully figured it all out and I wouldn't end up with a wall of disconnects. That said, this stuff goes both ways: their design team keeps plastering 36" pathways all over the roof planes of my house even though CA has reduced the requirement.

ExCivilian said:
Also, we need to confirm our EVSEs do not already have GFCI internally.
Click to expand...

All EVSE's have been required to have ground-fault protection for many years.

But that protection is only present on the J1772 end of the EVSE. Supply conductors - for example, grabbing the plug too tightly so that you touch one of the hot prongs as you insert or pull it out of the receptacle - are not protected against ground fault. This is one of the aims of GFCI protection on the receptacle itself.

It's one of the complaints I had about the second-gen Tesla mobile connector - the plug is too flat and it's too easy to wrap your fingers around it and hit the prong as it's coming out or going in...

Frankly, if they make it work, I'd love to see the super-short cord length requirement on the upstream side go away for EVSE's.

As for the cost - it's why I (half-)jokingly said that some people say the new code requirements are because the manufacturers aren't making enough.

FlasherZ said:
But that protection is only present on the J1772 end of the EVSE. Supply conductors - for example, grabbing the plug too tightly so that you touch one of the hot prongs as you insert or pull it out of the receptacle - are not protected against ground fault.
Click to expand...

Is that level of protection necessary for a hardwired EVSE?

Also, thanks for that info. I did not even consider that a GFCI would protect against that scenario. I try not to mess with raw electricity.

ExCivilian said:
Is that level of protection necessary for a hardwired EVSE?

Also, thanks for that info. I did not even consider that a GFCI would protect against that scenario. I try not to mess with raw electricity.
Click to expand...

Not really... and the 2020 NEC doesn't require GFCI for hardwired equipment - only receptacles into which EVSE's are plugged.

What the heck...of course it doesn't! I've been stuck on stupid thinking it's about all EVSEs requiring GFCI protection rather than their relevant outlets. Thanks for clearing that up.

Clearly it's been a long day for me
OP
OP

Update on the GFCI issue: Looks like New Hampshire adopted the NEC2020 code but with a few amendments where the GFCI requirements are not expanded beyond 120V 20A.

Swapping my breakers for non-GFCI ones solved my charging issues at home.
OP
OP

This past weekend, we took the camper out for real on a short trip to camp in family's backyard in Mass.

The trip there was 72 miles and we drove about half of it on highways and half off highway going trough New England towns (Slow, many stop lights). I was wondering if we could make it there and back on a single charge, at least theoretically, so I stuck to 55 mph on the highway.

Leaving Friday evening, I put the truck on the charger when I got home from work to top off as I finished packing the camper. Left with a 99% SOC, arrived with a 48% SOC and averaged 32 mph taking 2h 31min. That included a quick stop for provisions where I left the truck "running" to keep the wife and toddler comfy.

Without a 240V outlet at our destination, we took advantage of a nearby free public L2 charger to charge up to about 70% and a bit of local driving brought us to 65% by time we left to come home.

The return trip included a wrong turn (easy to do on New England roads!) that cost an extra few miles and a longer stop with the truck "running" while I dumped the tanks.

The return trip's rate was about 1.01 miles/kWh.

The average speed is probably slightly underestimated since it looks like it includes the time spent unhitching at the destinations.

The above data was collected using ABRP with an OBD dongle so I could train ABRP with a "camper" profile. The resulting reference consumption at 65 mph is 0.9 mi/kWh or 1,111 Wh/mi.

My standard, non-towing reference consumption in ABRP is 2.29 mi/kWh at 65 mph.


Conclusion: With a similar camper as mine (31', 7700 pounds max), don't expect to get even half your non-towing range even if you slow down and avoid highways.

Next time I make this trip, I'll try the usually suggested route where I495 is used for a good portion of the route and I'll try to match the lower end of traffic speed which tends to be in the 65-70 mph range.

rolker how did it feel towing? I have a 7200lb 35' travel trailer that I tow with an f250 but before a couple times with a f50 hdp and it felt a bit light. I presume the lightning is heavier but does the short wheel base make the 31 trailer feel heavy?
OP
OP

EvEddy said:
rolker how did it feel towing? I have a 7200lb 35' travel trailer that I tow with an f250 but before a couple times with a f50 hdp and it felt a bit light. I presume the lightning is heavier but does the short wheel base make the 31 trailer feel heavy?
Click to expand...

It felt better towing with my Lightning than it did with my 2018 F150 that also had a crew cab and short box. On the highway, I felt much less swaying when going by tractor-trailers. I'm still amazed at how I can merge on the highway or accelerate from a stop light while towing as quickly as general traffic.

I haven't tried towing this trailer with an F250 or anything with a longer wheelbase than the Lightning so I'm not sure how it compares with them. 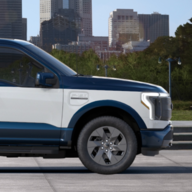 ExCivilian said:
Is that level of protection necessary for a hardwired EVSE?

Also, thanks for that info. I did not even consider that a GFCI would protect against that scenario. I try not to mess with raw electricity.
Click to expand...


FWIW in NYS my EVSE installer recommended I hardwire the unit to avoid having any issues with the GFCI(which apparently is required here in a garage install of a 50A outlet).

Also to note..he also did say a separate shut off switch is also required for the EVSE so I have a large circuit breaker installed just to the side of the EVSE. The 60A circuit has a breaker on the panel, and then a local breaker right next to the EVSE. (Installed a chargepoint 48A EVSE hardwired)

Just passing that along.

Did 600 miles towing an Airstream turn my Extended Range into a Standard Range?!
2

Wednesday at 10:47 AM
Firestop