Upgrading my electric service - what do I need?

Here's a summary of my situation. It's still a bit long, so TL;DR at the bottom!

I'm close to pulling the trigger on a solar system for my house. I have 150A service currently, and the solar backfeed maxes out my panel with the 120% rule; but I don't need to change anything yet. I'll have 30A of backfeed. I could probably get away with a 100A circuit for a Lightning 80A charger how it is now. But I'll be maxed out in this scenario.

Adding a Lightning, mostly charging at home, with about as much as I expect to drive annually, I will about double my home electric consumption. So, after 12 months I may double the size of my solar system too, to cover the EV charger usage. This would necessitate 60A backfeed from solar to my electric panel though - similar to a Lightning whole-home backup from my guess. But 60A backfeed would require 300A service to the house. I believe SunRun recommends something like 320A service to the house for the Lightning's home backup function. I think it's just because of the backfeed size and the 120% rule. So this all makes sense.

I may add a second EV charger in the future, upgrade my woodshop subpanel, or, if electrification takes off like some estimates predict, we may swap our gas appliances to electric ones way out in the future. These would all benefit from, or be enabled by, a bigger service feed to the house.

An alternative would be to go for a 225A panel, which is the biggest that seem to be commonly available for residential. The 120% rule would allow 270A on the bus - if I put in a 200A main breaker, it gives me up to 70A backfeed. So my future solar plans of 60A backfeed could work with this configuration. My biggest concern here is whether I could do 2 EV chargers plus home A/C and whatever other loads I have from my woodshop and the wife and kids inside on the 200A main breaker. Yes, my cars will almost certainly charge overnight... but I guess I can't guarantee on a weekend with a lot of driving we won't have both cars charging during the day with the A/C running in the summer. My electrician said this would certainly be pushing the limits, but it doesn't necessarily violate any codes. I agree it might be worth a shot. I just really don't want to spend all this money upgrading service to 225A and realize later I need 300 or 400.

So - does anyone have any suggestions here? Should I spring for the 400A service for future-proofing? It seems excessive, but if I need it later I'll be thankful I did it now. Prices are only going up, and I get to bundle it with my solar project for basically 26% off through the federal tax credit by doing it now.

TL;DR - Contemplating upgrading to 225A or 400A electric service to my house. Future plans may involve two 100A circuits for EV chargers, plus A/C, a woodshop, and other misc house loads. Depending on the climate regulations, we may switch appliances to electric in the future (on natural gas for now).

The NEC 120% rule is on the panelboard bus (no matter if it is the service panelboard or not), not the electrical service. That is, you can use a 400A bus panel with 200A main breaker and still have a 200A service from the utility...
OP
OP

Ok, that helps. But the biggest problem I'm having is materials costs for that 400A panel and associated breakers.

Weird that 400A stuff is so hard to come by, I thought I had heard that was increasingly common in new construction now, that 400A was the new 200A for bigger homes, especially in areas where they don’t have gas for heat/cooking/dryer.
OP
OP

I thought so too! I found a few exterior panelboards with integrated meter base... but I need an interior standalone panel.

If anyone knows where I could get one I'd appreciate a lead... I've spent hours looking already.

A connection on the utility supply-side of the main breaker could be permitted for the increased solar, but probably not for a backfeeding Lightning connection since it is not just a power production source.

2020 NEC has a new option but I have not seen a whole lot of hardware that satisfies it. It allows for a power control system that is listed/evaluated for the function. The idea would be the power flows would be measured and breakers actively controlled to ensure bus amp rating is not overloaded. Span is an example of this type of system.

A building is only allowed one service with exceptions. This could be for garage with special permission, for paralleling power production systems, or if the utility doesn't normally serve services at greater than 200A. So maybe another line from the meter, though the utility might need to upgrade from transformer to meter if net load exceeds meter or circuit rating.
OP
OP

I noticed the Span smart panels. Do you know much about them?

Apparently my electrician askedy utility if upgrading to 400a would have any issues and they said no. I am unsure if there are any extra costs there, but I know the meter needs to be replaced. Unsure about the feeder from the utility transformer to the meter. I intend to call them this week to see about fees.

Another option depending upon how much power you actually use may be to de-rate the main breaker. I was curios about this option and google found this:

Yeah, I was considering that with my 225A panel approach above. Can't do that currently as I only have 150A service and I don't want to cut it down from there, especially with a 100A EV charger circuit in the future.

If you change that panel you're probably going to want a smart panel anyway.
I assume they'll make you start installing GFCI AFCI all over the place. The new panels make one click and yes they are pretty high. 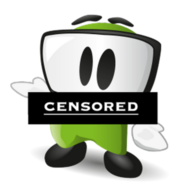 @DadBald, would you mind sharing the equipment (make/model) you are currently considering for your upgrade?
OP
OP

I went with the Leviton smart panel system: https://www.leviton.com/en/products/residential/load-centers/the-leviton-smart-load-center

It takes regular or smart breakers. The regular ones are pretty cost effective. The smart ones are considerably more. They are pretty cool though, they communicate wirelessly with the hub mounted in the panel, and the hub connects via wifi or Ethernet to home network. It logs usage on every smart breaker and allows remote trip from the app. The Leviton load centers are all rated for 225A, just equipped with different breakers - they use it as a selling point, you can just swap the breaker for a service upgrade in the future. In my case tho, I just ordered the 200A version and I'm already good to go for my 70A backfeed ability.

xtraman122 said:
Weird that 400A stuff is so hard to come by, I thought I had heard that was increasingly common in new construction now, that 400A was the new 200A for bigger homes, especially in areas where they don’t have gas for heat/cooking/dryer.
Click to expand...

400A is more common now, I just finished a barn with 400A service so I could split 200A to a future home. The issue is availability. When I looked in August 2021 for a 400 meter can, they were scarce but in stock. Now, every company that sells them are no less than 4 months out and none are in stock. It’s even worse when you consider some electric companies spec only a certain model for a region.

I should have said you don't really need smart breakers. You'd have to use the newer gfci or afci or combo if you get a permit when you change panel usually.

Smart breakers may never pay back the costs.
OP
OP

jefro said:
I should have said you don't really need smart breakers. You'd have to use the newer gfci or afci or combo if you get a permit when you change panel usually.

Smart breakers may never pay back the costs.
Click to expand...

Yeah I'm not expecting any payback at all. I'm just a nerd and I love seeing data, so it will be fun to see where the energy is going in my house. Mostly it'll be nice to see when my kids leave the lights on in their bedroom all day ?. But seriously a friend of mine did mention you can see if the garage door opens when you're away or set up other alerts that actually sound like really nice security features or excessive usage warnings.

I didn't have to upgrade to AFCI per my electrician, and they will be filing a permit. AFCI on everything would add substantial cost for sure tho, on top of the already expensive smart breakers.
You must log in or register to reply here.
Share:
Facebook Twitter Reddit Email Link

May 3, 2022
Clickbeast
Okay, What Plug Am I Looking For at Charging Stations?